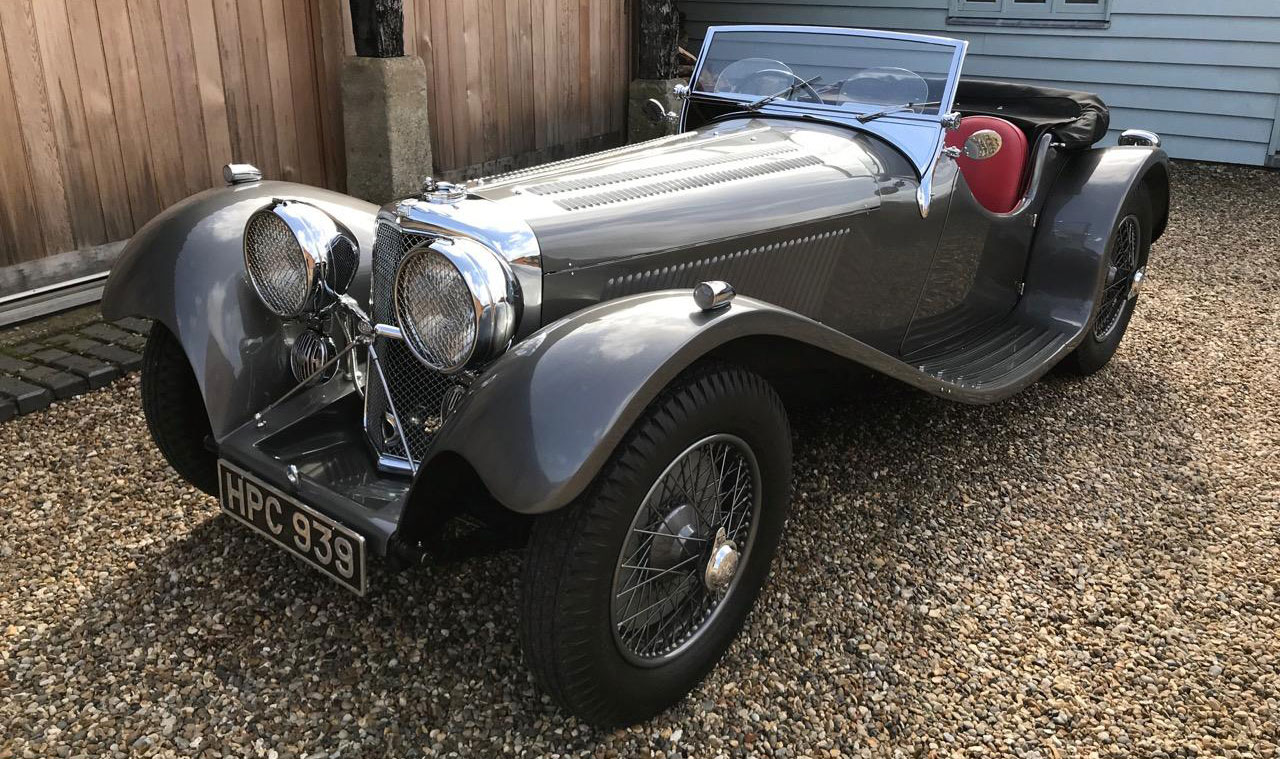 This remarkable 1938 Jaguar SS100 is the result of a meticulous restoration and rebuild over a long period of time by one of the best know restorers in the business. All the original parts used were acquired from an equally well-known SS specialist, on his retirement.

All the parts were genuine and correct, and included an original chassis, the 2.5-litre engine, front and rear axles, brakes and steering column assembly. Equally significantly there was an original dismantled body which had been discarded during an earlier rebuild, a bonnet, headlamps, switches, pedals and countless other small but important items.

In short this was a painstaking exercise in recycling, using all original parts from previous restorations, many perfectly salvageable but often replaced in favour of new. Perhaps the only exception was the fitting of a Ford Type 9 gearbox instead of the standard issue 16 HP Standard gearbox, but even this was consistent with the recent replacements fitted to SS100s as the correct box left much to be desired.

After many years the restoration/rebuild was completed and this SS100 finally returned to the road in August of 2015. The full story was chronicled in The Automobile magazine in June 2017 under the tile SS Seduction.

Even after four years and 1500 miles the condition of the car is ‘as new’ and the quality of the work is exemplary. It would be difficult to find a genuine SS100 2.5 which is more correct, and expertly restored. Competitively priced, this is as good as it gets.