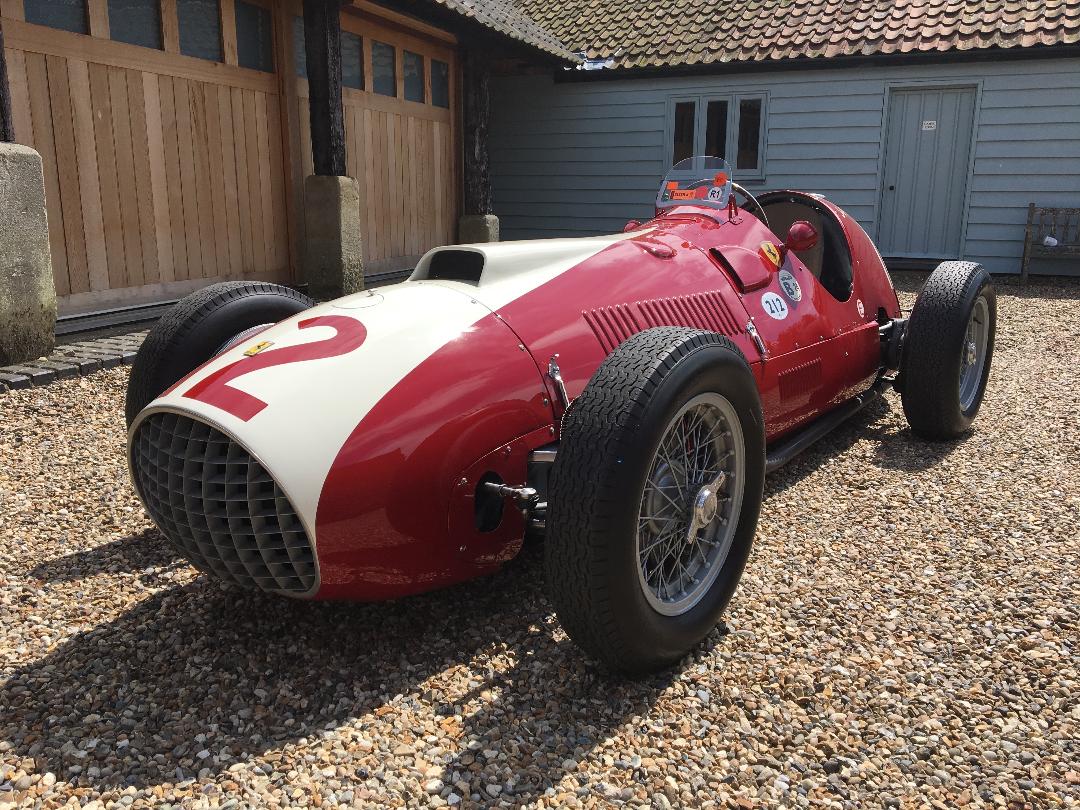 This highly eligible early Ferrari Monoposto is already a veteran of the Goodwood Revival and Monaco Historique and would be a welcome participant in any World Class Historic Event. According to Ferrari Classiche Chassis #102 was originally sold in March 1950 to Giovanni Bracco, later winner of the 1952 Mille Miglia, as a 125 F1-166F2 Monoposto featuring a 1500cc supercharged engine, which he raced several times during the 1950 season. When the factory resold the car to Giannino Marzotto, in 1951, it was fitted with a 12 -cylinder 2.5 litre engine, to comply with the regulations of the newly created formula within Grand Prix which restricted engine sizes to 2.5 litres. But it was the De Dion rear axle which was to be was a significant distinguishing feature of #102 and the factory team cars, and it was in this configuration that it was raced by Dorino Serafini at Syracuse GP and Pau GP in March 1951.

Later sold to Scuderia Bandentieres in Brazil, it raced for a number of seasons in South America before it was eventually laid up. Nearly two decades later it was discovered by the renowned motoring ‘archaeologist’ Colin Crabbe and is pictured in his book The Thrill of the Chase. Returning to Europe in the 1970s #102 underwent the first of several restorations culminating most recently with a bare chassis-up rebuild by renowned Ferrari specialists DK Engineering, including a full engine overhaul in preparation for its invitation to run at the 2008 Goodwood Revival. It was driven on that occasion by Simon Diffey but has been a regular participant in international events since the 1990s, driven by David and Jeremy Cottingham of DK Engineering.

This is a very eligible and well-known example of an early Ferrari GP Monoposto and is welcome at world-class historic events at the highest level, including Goodwood and Monaco.

For a full prospectus please call.