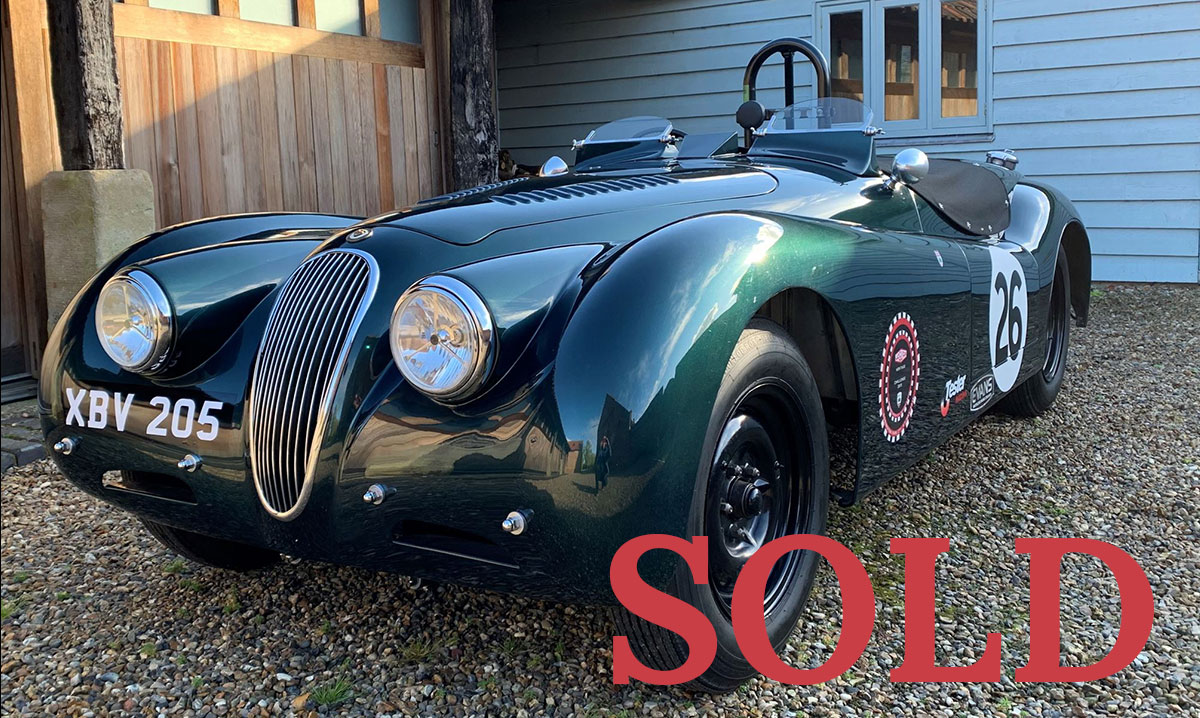 The story of how – over little more than 6 months – three Jaguar C-Types were conceived, built and driven to victory in the 1951 Le Mans, is the stuff of legend. What is less well known is that, as daring as this undertaking was, there was a Plan B. As an insurance policy against the C-Types not being ready on time, three alternative cars were also built; LT1; LT2 and LT3.

These were all XK120 Alloy-bodied race cars, and although this might have seemed familiar territory for Jaguar, having built 210 Alloy-bodied versions with the launch of the XK series in 1949, the LT – or Lightweight – was a very different animal. The lightweight alloy body was virtually one-piece, and not mounted on an Ash frame. The overall shape was subtly different, more purposeful and aggressive with cut-in bonnet; cut-down doors; over outer sills and a one-piece rear end, and Brooklands’ style aero screens.

But as the C-Types enjoyed their historic win, the LT became ‘the Le Mans Winner that never was’, and these very special XKs did little more than languish at Browns Lane before disappearing into relative obscurity on the West Coast of America.

Fast forward to 2015 and LT’4’ emerges from the workshops of Jim Tester, the result of a client brief to build a ’tool room copy’ of one of the three cars, that would be period-correct and capable of securing FIA papers to race in historic events. Almost the moment the XK was finished Jaguar Cars UK invited the car to run in the Jaguar Heritage Challenge Series, and offered to hire it for the purpose, to then give to their celebrity drivers for each of the 5 round-championship.

After the 2015 Challenge Series ended the car was put into storage until 2020. At this point the owner returned it to Tester Engineering to rebuild the XK to an FIA-spec for FIA/HTP making it eligible for a series of ‘Blue Riband’ classic events.

The result is both a competitive race car, which is eligible for historic events, and a user-friendly road car, as well as a very rare recreation of one of Jaguar’s rarest competition cars.