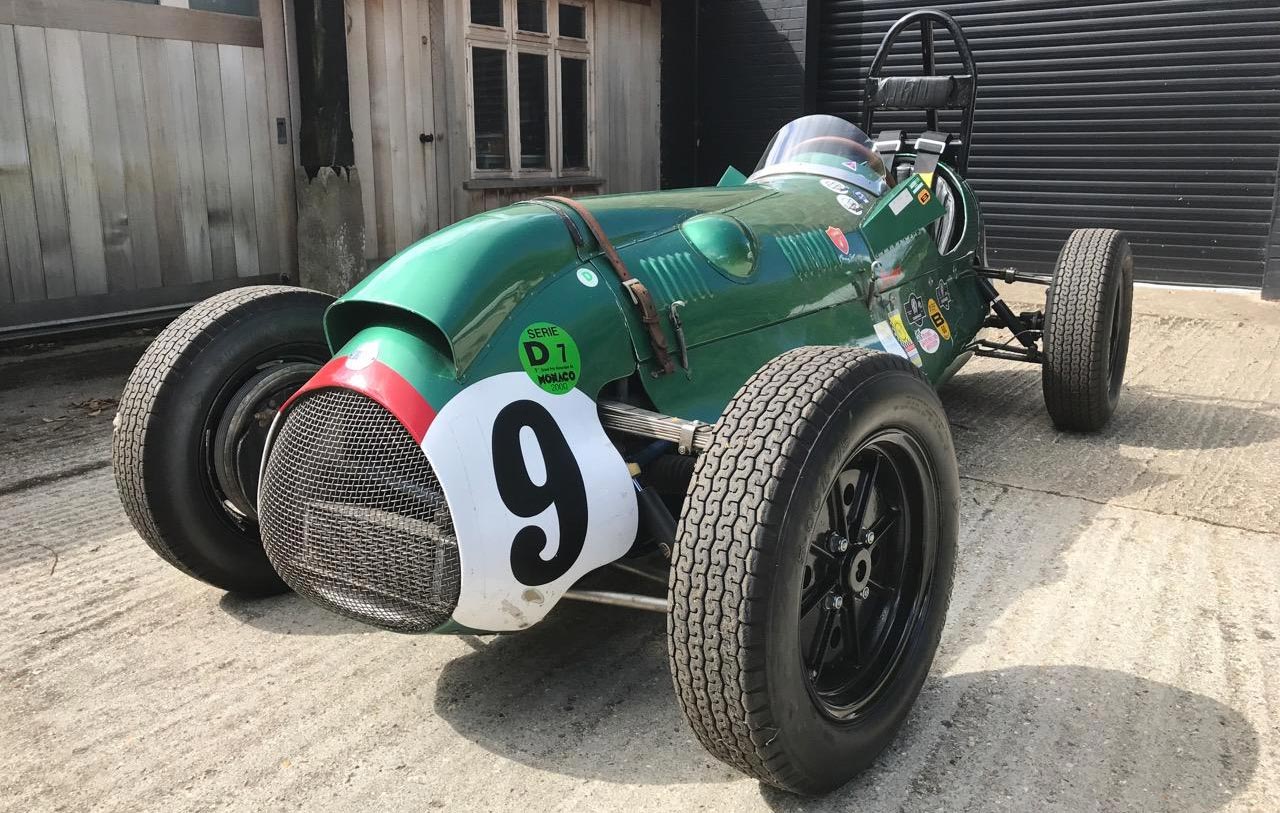 We are delighted to once again offer this historic Copper Bristol for sale. Since it last came to the market a few years ago it has been raced in all the major events by its enthusiastic owner.

Built for Eric Brandon and Ecurie Richmond this was the third Mark 1 Cooper Bristol built, and it was extensively raced in period by Brandon and Allan Brown. The Cooper that followed this, CB/4/52 was the car in which the young Mike Hawthorn was to make his name and to bring him to the attention of Jaguar.

Designed by the company for the 2-litre Formula 2 Series, CB3/52 was one of two run by the Cooper Car Company, as a works backed entry in International racing in Europe in 1952-53, driven by Brandon and Brown under the Ecurie Richmond banner. The Cooper used a racing specification Bristol 2-litre engine (BS1-102) producing 175 bhp.

During the 1952 season CB3/52 raced in the Swiss; Italian; Belgian; Marne and British Grand Prix and was a familiar sight on national and international circuits.

In May 1953 the Cooper was purchased by the Scottish Border Rievers Team and during this period it was driven by Jock Somervail, Keith Hall and John McBain, and maintained for the team by Bobbie Hattie. In their hands the Cooper raced in the Syracuse Grand Prix; Lavant Cup, where it finished third, and International Trophy at Goodwood.

The car crashed out of the 1955 Crystal Palace Trophy but was back together to complete the rest of the Season.

In 1956 it was sold again, this time to Gordon Lindsay who took the car to South Africa, where he raced it in a number of events, including the 1956 Cape Grand Prix. Later in 1958 with Peter Small of Cape Town, at the wheel, it came fourth overall in the 1958 Van Riebeck Trophy.

In 1960 George Cannell acquired the Cooper, removed the damaged Bristol BS1 engine and raced it with Chevy V8. The original block remains with the car to this day. He continued to race it in this configuration in Rhodesian GP, Cape GP and South African GP until he retired the car in the mid Sixties.

For over 20 years the Cooper remained in storage until acquired by the present owner, following a long-term restoration of the car which reunited it with its original Bristol engine.

The subject of numerous magazine articles, including Classic & Sportscar, it also appears in several books including Cooper Cars by Doug Nye, Racing Coopers by Arthus Owen and Sun on the Grid by Ken Stewart and Norman Reich.

This is a rare opportunity to acquire one of the very first MK1 Cooper Bristols, which was extensively raced in period; is well provenanced and is both a competitive and competitively priced ticket to all the major sporting events, worldwide.