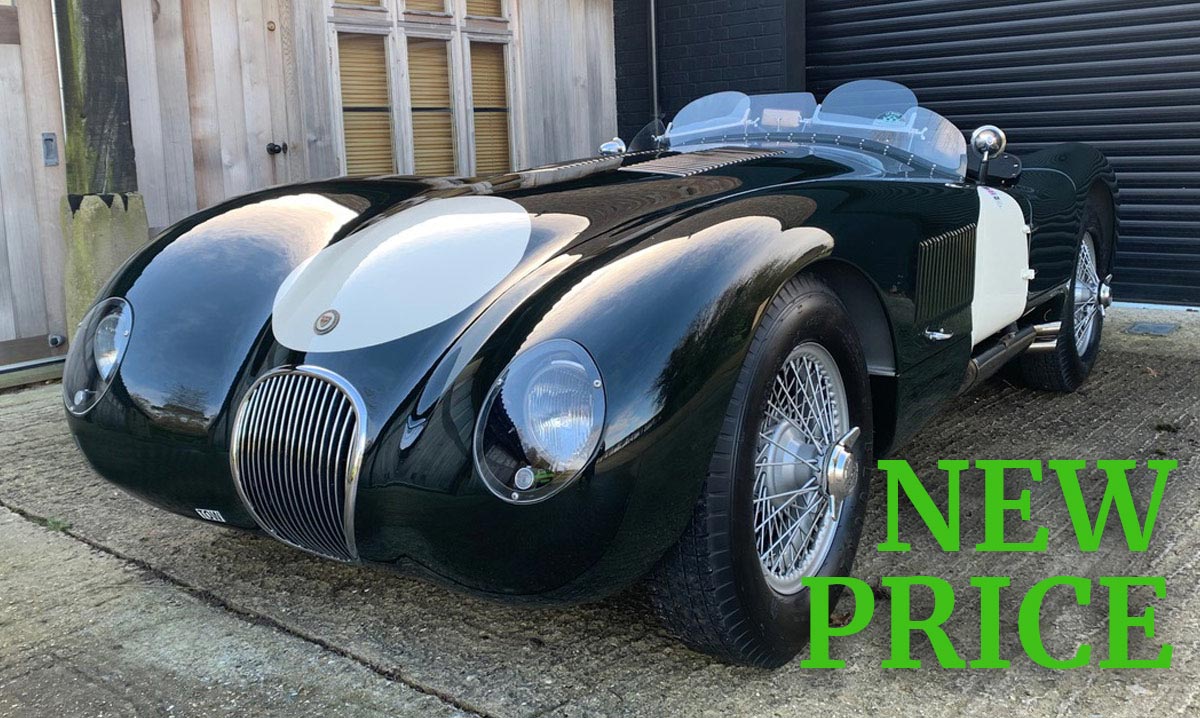 The C-Type is best known as the car that Jaguar designed and built to win Le Mans, and this remarkable achievement was accomplished in just seven months, with their subsequent victory at the 1953 event.

The model was not only a Works entry, but proved equally popular with privateers and sporting enthusiasts, as it was as good on the road as it was on the track.

This stunning recreation of a 1953 specification Jaguar C-Type is a faithful evocation of the production model, and was completed in 2009 following a two-year build and has been in the same ownership for over a decade.

The work of Coventry Classics, a New Zealand specialist with a reputation for building a number of ‘tool room copy’ Jaguars, this example was commissioned for road use, rather than racing, and features a small number of sensible modifications for everyday use. Built on a period-correct mild steel tubular chassis to original dimensions and specification, with period-correct torsion bar suspension, and it is fitted with an all aluminium 16 gauge hand-made body. It has a 3.4-litre engine with correct wide-eared sump and 2” SU H8 sand-cast carburettors, producing 188 bhp.

Originally a drum brake model, upgrades included disc brakes all around, an all synchro gearbox with overdrive and fitted seat belts. It also has an emergency electric cut-off switch and tow hitch for competition use.

In 2014 the owner completed a round trip to the Le Mans Classic without any issues, and the car has also competed in several hill climbs, like Shelsey Walsh and Bo’ness. It has also appeared in a number of promotional events.

Painted British Racing Green with Black leather seats and correct Silver Hardura trim, the car has a rare leather-covered Blumel steering, believed to be original, and the dashboard bears the signature of the late Jaguar legend, test driver Norman Dewis OBE. The history file contains photos of Norman with the car. It has been meticulously maintained by its enthusiastic owner, and long time Jaguar club member, and presents in excellent condition throughout. It is UK-road registered, with a V5C and buff log book.