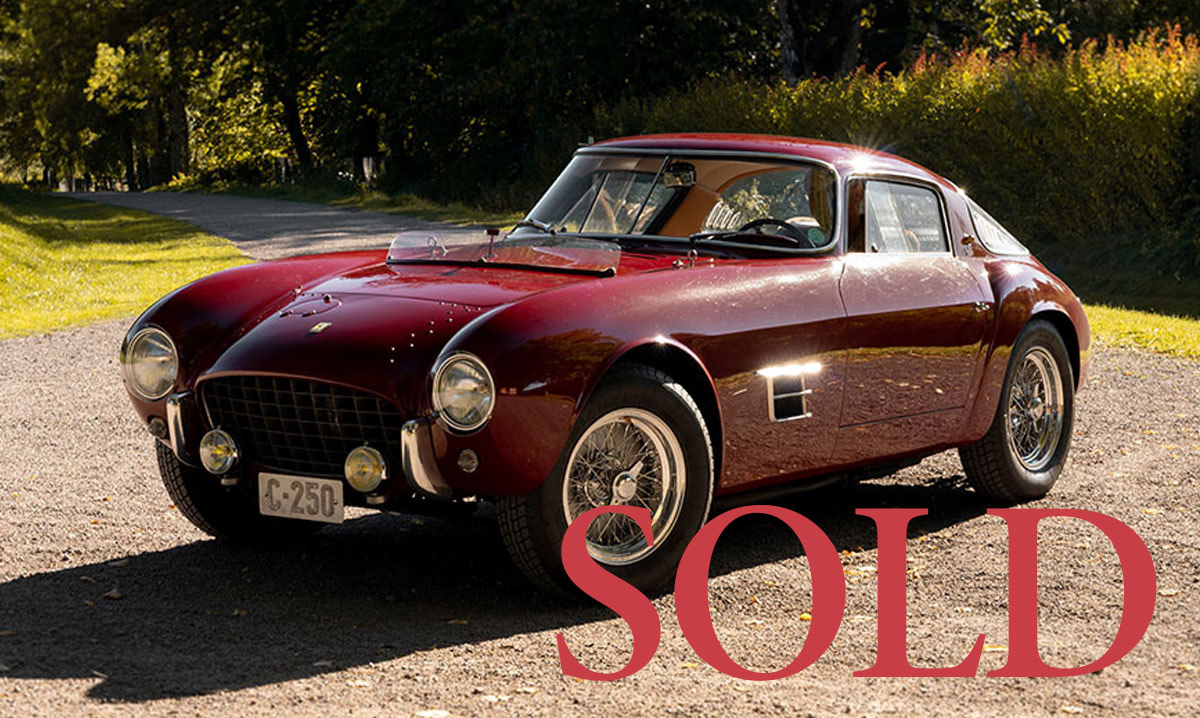 In 1954-55 Ferrari built just nine examples of the early series 250 TdF berlinetta, with its stunning coachwork by Pininfarina, before the model evolved into the more recognisable Tour de France model which was to run from 1956-1958. This car is a superbly crafted and super rare recreation of one of those early cars, built over 30 years ago in Italy by Mario Allegretti, and now benefitting from a lovely patina and 31 years of devoted single ownership.

The project started in the late 1980s with an original Ferrari 250 PF Coupe as the donor car, chosen as it shares an identical Tipo 508 chassis with the period Ferrari 250 TdFs. In essence this is a re-body of the original matching-numbers car, with unaltered chassis, up-rated mechanically to TdF specification.

The donor car had been owned by Swedish collector Aibel Sollevie in the early sixties, and it was his son Albert who commissioned Carrozzeria Allegretti of Modena to make the body. The work was carried out over an 18 month period by Allegretti’s master craftsman Secondo between 1988-1989, with assembly completed in Sweden.

These archive photos, in the history file, show the Allegretti craftsman discussing the car with Sollevie and the bodywork at various stages in its construction. The car was then assembled and the electrics completed by Bertacchi and the interior trimmed by the top Italian specialists Lupi. The workshop also made a specially tuned exhaust system for the car, featuring rather symbolic silencers which deliver a particularly thrilling exhaust note that is unmatched by typical 250 Ferraris.

Shortly after the car was completed it was purchased from the Sollevie family by the current owner, and it has been cherished by him for the past 31 years.

As with another car we sold on behalf of this client, the attention to detail is superb, and as an enthusiastic owner/driver he has continued to detail and improve the car during this time. It has also developed a lovely and authentic patina that comes with being campaigned in a number of historic events, like the Silvretta Hillclimb in Austria, in which it came 6th overall. In 2001 the engine was rebuilt to race spec by marque specialists, and the improvements included:

As a result of this investment the inside plug engine now produces a solid 277 HP at 7093 RPM with a 211 lbs/FT torque. Dyno sheets are included in the history file.

In its current guise, it is set up for competition use and we have little doubt that with such attention to detail this car would be eligible for FIA HTP papers. For sale for the first time in over 30 years, this is an unrepeatable opportunity to acquire a very rare and desirable recreation of one of the most iconic Ferraris.