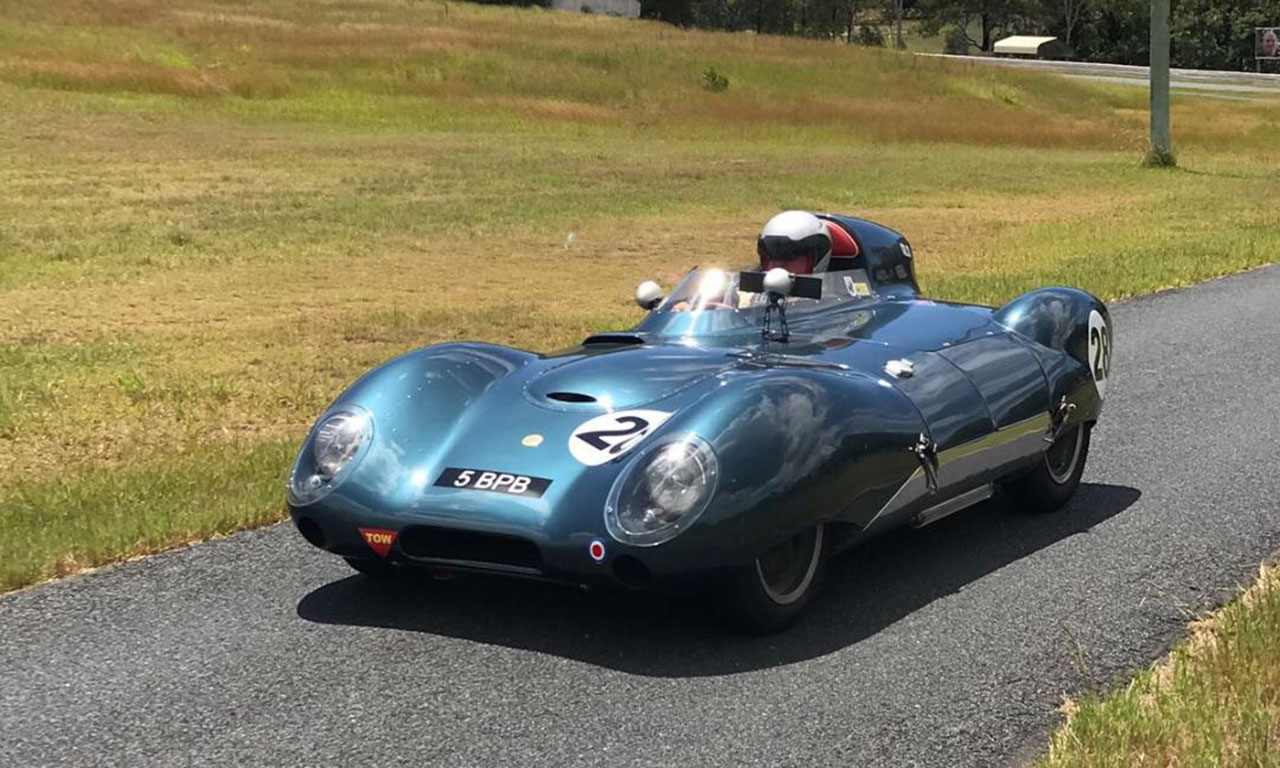 This Series 2 Eleven, chassis number 305 was supplied new to the famous Jaguar entrant John Coombes in April 1957. It was the first of two FPF 1.5 litre twin-cam cars built by the Lotus works. The other chassis 322 was sold to Carroll Shelby in the USA, after a season with Team Lotus driven mainly by Mackay Fraser.

At the end a season the car was sold to Charlie Whatmore in Australia who raced the car extensively from 1958 to 1962 where it had several outright wins. At Lowood in June 1962 the car spun and hit a bank causing quite severe damage to the front body panel and front chassis. For speed Charlie Whatmore purchased a new chassis-body and transferred over all the mechanical parts while the original 305 damaged body chassis unit was sold and eventually repaired as a running car, but without its original FPF engine.
The present owner purchased the 305 in 1998 and commenced a lengthy rebuild of the car and over a period reconstructed it to its original twin-cam LM 150 designation, incorporating many of the parts from the original Coombs/Whatmore periods. Much research was done to discover the exact specification of the original John Coombs car with the help of the Historic Lotus Register. The result is a LM 150 with many of the original parts plus chassis aluminium which still has a foot scuff marks of Flockhart and Salvadori on the under tray!

This very special Eleven was completed in 2000 and granted FIA HTP papers and since that time it has competed in a number of historic events. It comes with a substantial history file.