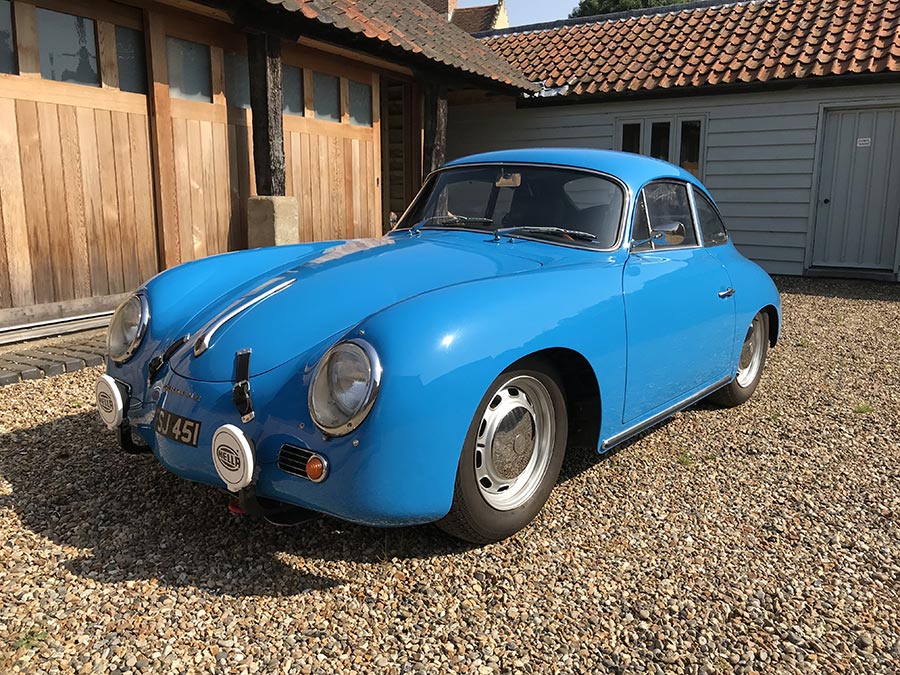 Originally Black the car was extensively modified by the previous owners to specifically to participate in the Mexican PanAmericana, which it subsequently did four times between 1990-1994. It was fitted with a 1720cc big bore engine; 356B gearbox and 356C disc brakes; long range fuel tank and cell; roll cage safety equipment and rally clocks, and it was repainted Carrera Blue. In this guise, the car also competed in the Maroc Classic in 2000 and the 2002 London to Athens World Cup Rally. At that point, the owners decided they had had their fun, and having secured a number of trophies, retired from rallying.

In 2003-4 the car was fitted with a brand new engine by Porsche guru Andy Prill using an unused industrial case and fitting bigger barrels, competition flywheel rocker gaskets and re-sized concords, on which it has done little more than delivery mileage since. The current owner has invested in returning the car to
a more period-correct look, replacing the rally instrument panel with the original dashboard, while retaining all the rally instruments and subtly concealing a rally meter in the glove box. The rally steering wheel has been replaced with an original and a myriad of smaller features, from trim and badges – stripped out of the car first time round – have been reinstated.

The car is now period-correct for events like the Mille Miglia, while retaining all the upgrades and safety features to make it a competitive car. It would require the brakes to be returned to drums, but for regular road use these have been retained as a sensible mod.

With great provenance and uprated at huge expense this is a competitive example of a rare 356A which is eligible for a wide variety of international events.