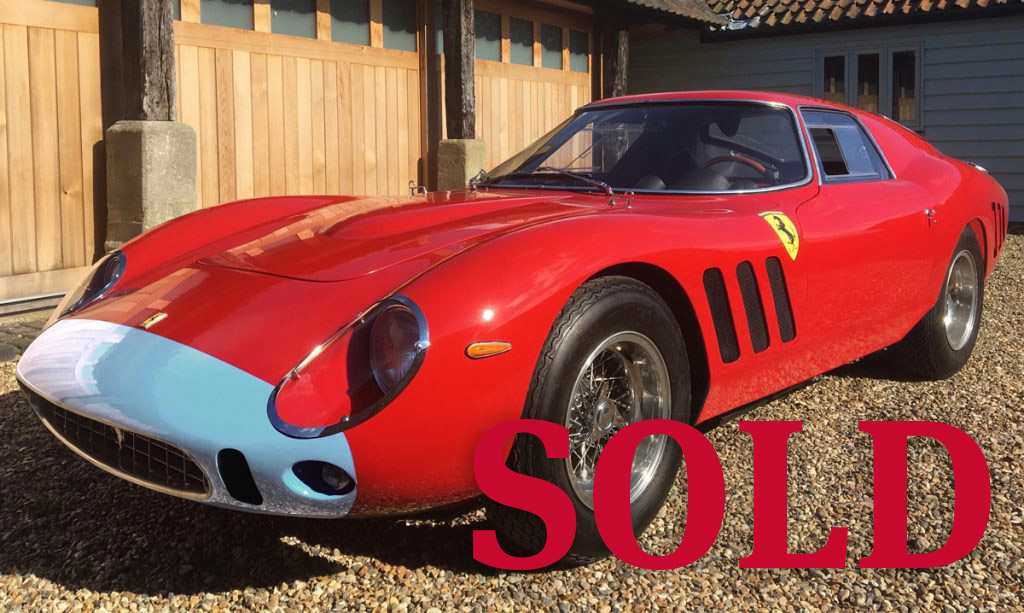 Piero Drogo (1926-1973) was the Oﬃcial Coachbuilder of the Scuderia Ferrari from 1964-1970, and during this time he was also responsible for some of the most stylish and iconic Ferrari Berlinettas ever built. Perhaps the most memorable is the Ferrari 250 GT ‘Breadvan’ which still races with its Drogo body, but according to Jack Koobs de Hartog, author of the Oﬃcial History of Carrozzeria Drogo ‘the best loved’ of all the Drogo designs was Ferrari 250 GTO Drogo of Ulf Norinder. In 1964 Swedish racing driver Ulf Norinder gave his tired Ferrari 250 GTO #3445GT to Drogo to rebody, and the result was a sensation. The craftsman who built it was Drogo’s right hand man Mario Allegretti, who took over the business when Drogo died in 1971.

Background to our 250 GTO Drogo

The very last page of the Drogo book is devoted to this story, which is related by Glen Kahil’s son Anthony who accompanied him on his trip to Italy. “It was built from the original lofting and body bucks by the same panel beater that hammered out the original Drogo Speciale for 3445GT…and has the nose section which was originally part of #3445GT…”

In total three pages are devoted to the car in this book, and it is described by the author as ‘undoubtedly the best of all’ Drogo recreations, particularly as it not only replicated the exterior exactly but also the interior, which is unique. Meanwhile the correct speciﬁcation 250 GTO engine was built by respected US Ferrari restorer Greg Jones. Kalil later sold the car to another US collector Roger Willbanks who entered the Drogo six times in the Colorado Grand, from 1991-96.

More recently the engine was fully rebuilt by Ross Coleman (formerly of Wayne Obrey’s Motion Products), and in 2017 it was a Concours Winner at the Warren Classic. In 2021 this Drogo received an invitation to participate in the Auto Royale Concours D’Elegance, at Waddesdon Manor in July, when it was to be included in a celebration of Carrozzeria Drogo. Meanwhile the Drogo name, IP and archive have been acquired by a syndicate ahead of a relaunch of the marque, and the introduction of a Classiche system to recognise and certify all surviving Drogo cars.

With rising values of blue chip Ferraris, many of the Drogo-bodied Ferraris have been returned to the Scaglietti originals, including GTO #3445 and several 250 SWBs, making surviving Drogos a rarity. As such cars like the ‘Breadvan’ and the ‘Siebenthal’ Drogo (currently for sale at €3.5m) they are a welcome sight in Historic Racing, and with FIA papers granted to many of cars, a precedent exists for this car.
£POA