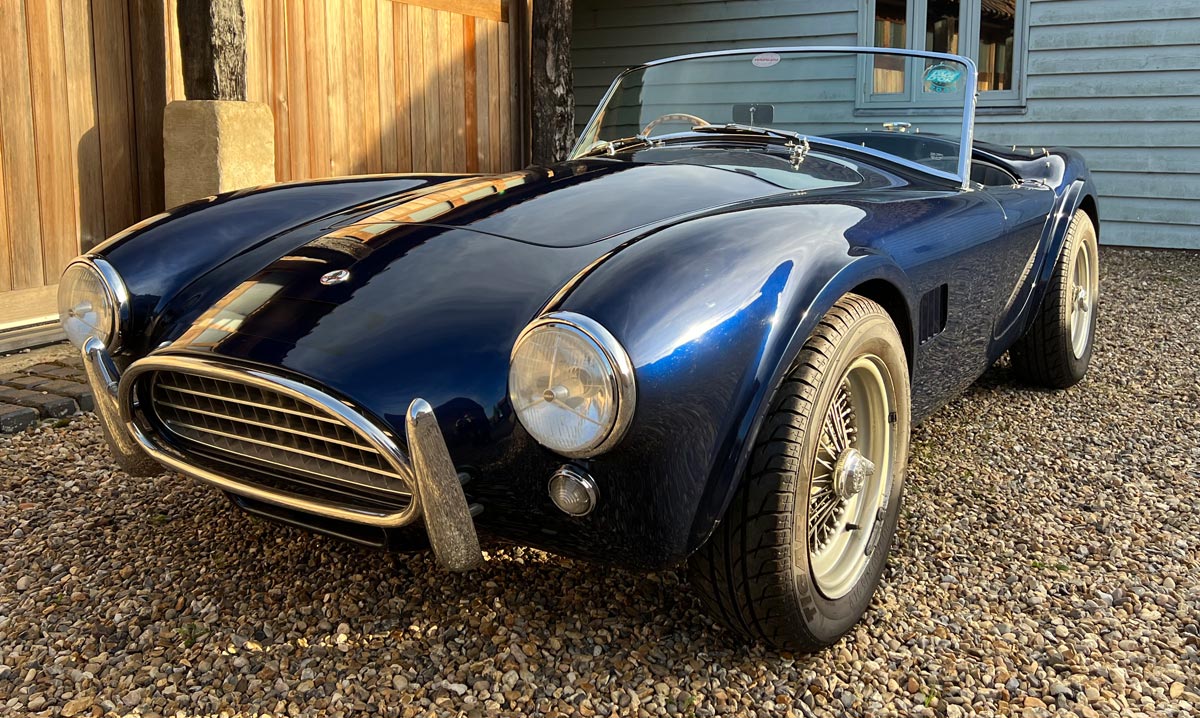 One of the most iconic British-built cars ever, the AC Cobra 289 needs no introduction. But this remarkable example is almost certainly unique, as it was started in 1965 and completed in 1991, in what must be the longest build-time ever.

Originally ordered by the owner’s late mother in June 1965, the car was removed from the production line shortly after at her husband’s insistence, and stored as a rolling chassis on their farm for the next thirty years. Following her death, her son returned the car to AC to be completed and finally took delivery in 1991. In the history file, a letter from Trevor Legate, author of AC Cobra The truth behind the Anglo-America legend supports this account and corrects an earlier misnomer that the car had originally been exported to the US, and as such it would have had a CSX (for export) chassis number rather than a home market COB chassis number. Since then the car has been featured in several magazines including Classic Car and Motor Klassik and has been a loan exhibit at Autoworld, the Belgian National Automobile Museum in Brussels (see photo).

This is a unique example among 289 Cobras and is therefore genuinely unrepeatable.