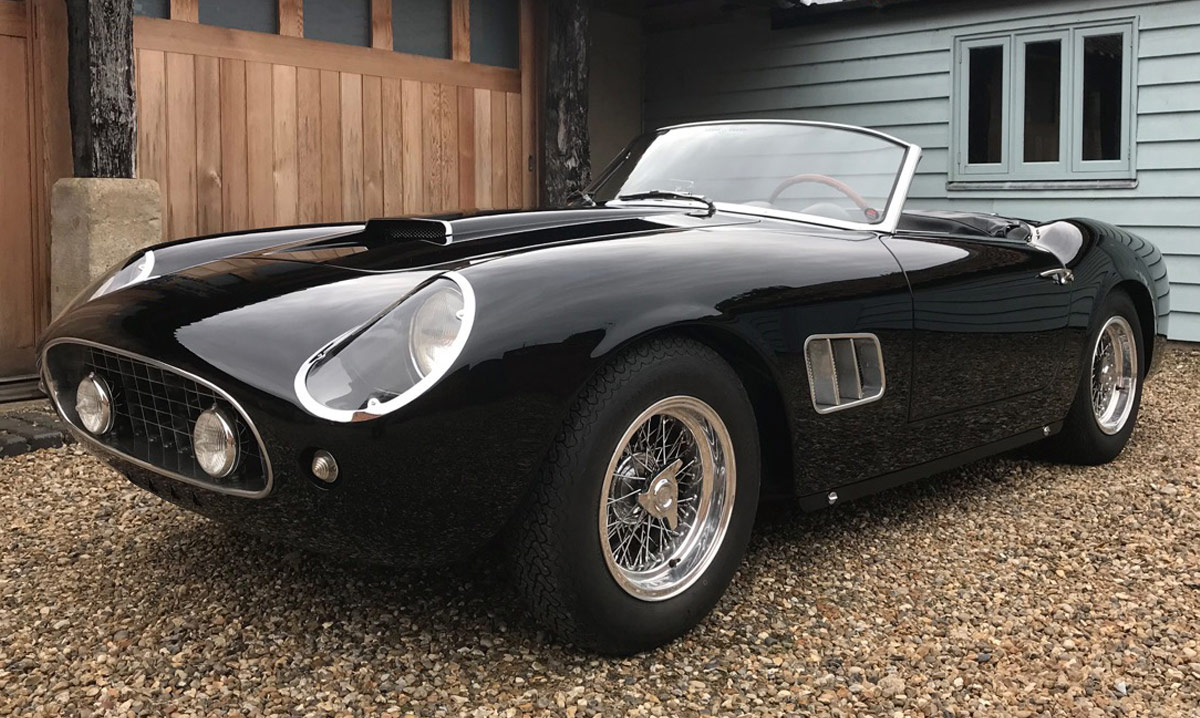 This example was built in the mid 1980s by one of Italy’s best know and most respected coach builders, Giovanni Giordanengo.

The car was built using a period-correct Ferrari 250 GT chassis shortened to 2400mm for the SWB version. It has a 250 3-litre outside plug engine V12 engine with six twin-choke carburettors, and disc brakes all round. It is Black, with black leather interior, which the same colour scheme as the ex-James Coburn’s California Spyder, which recently sold for £18M.

The identity of the original owner who commissioned the car from Giordanengo is unknown at present, but it later formed part of a world famous collection, when it belonged to Johann Peter Rupert. Mr Rupert is the chairman of the Richemont Group of luxury brands, which includes the fashion houses; jewellers and watch makers: Cartier; Van Cleef & Arpels; Officine Panerai; Dunhill; Piaget; IWC; Jaeger Le Coultre; Chloe; Purdy and many more. His car collection remains the largest in South Africa. At this time the car was Red with Black interior.

The California then sold to British business entrepreneur Kevin Stamford who co-founded the UK fashion label Karen Millen. During this time the car was used very little used so the current owner engaged marque specialists DK Engineering to put the car back into road ready condition, and as a perfectionist he insisted that everything was addressed. As a result there are invoices in the file for nearly £50,000.

As a result the car’s history file contains over 200 photographs of the re-commissioning work undertaken, together with supporting invoices for work done.

As well as re-commissioning the car the new owner also specified additional safety features like a plumbed-in fire extinguisher as well as the fitting of a very discreet Blue Tooth stereo system. He has therefore done everything possible to ensure the car is mechanically and cosmetically perfect and suitably enhanced for modern driving.

This a superb recreation of one of the most iconic Ferrari’s ever built, and a rare example of the SWB model so beloved by film stars and racing drivers alike.

Please note the registration number is not included in the sale.