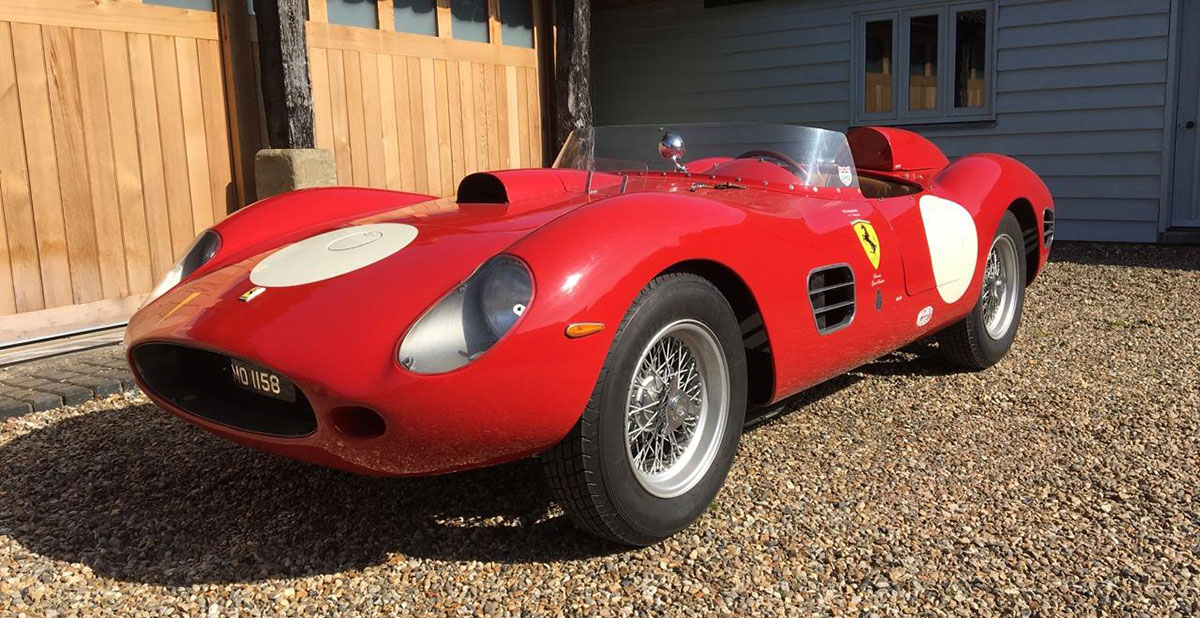 Emblazoned on the wing of this car is the name Regis Fraissinet, French racing driver and veteran of Le Mans. From the 50s onward Fraissinet drove Ferrari 250 TdF, 250 SWB; Porsche 906 and a Bizzarini which he raced at Le Mans. He also his own racing circuit at Grand Sambec, Aix-En-Provence at one time.

In 1982 Fraissinet commissioned Alain Garnier and Philllipe Billot, of P3 Automobiles, to build his TR60, reputedly at a cost of 800,000 DM. Predating the FIA HTPs initiative for ‘tool room copies’ Fraissinet’s car was an amalgam of the most impressive cars he had driven. Inspired by a 1958 250 TR 412 P, like the car Phil Hill famously drove at Le Mans, it features a 4-litre V12 engine, build to GTO specification and featuring many competition parts, producing 380 bhp.

The next owner was JP Von Rossem, owner of the Moneytron Onyx F1 team and in 1989 the car appeared at the French F1 GP, as a parade car. A colourful character in his day, Van Rossem claimed to have entered several historic events in the early nineties with the TR60, including Spa, allegedly beating David Piper’s GTO at Montlerey.

The car has an impressive history file which includes invoices from Garnier and early correspondence and photos from Fraissinet. Such well-documented provence is rare.

Wonderfully patinated after nearly 40 years this is a car with great provenance and breathtaking performance.