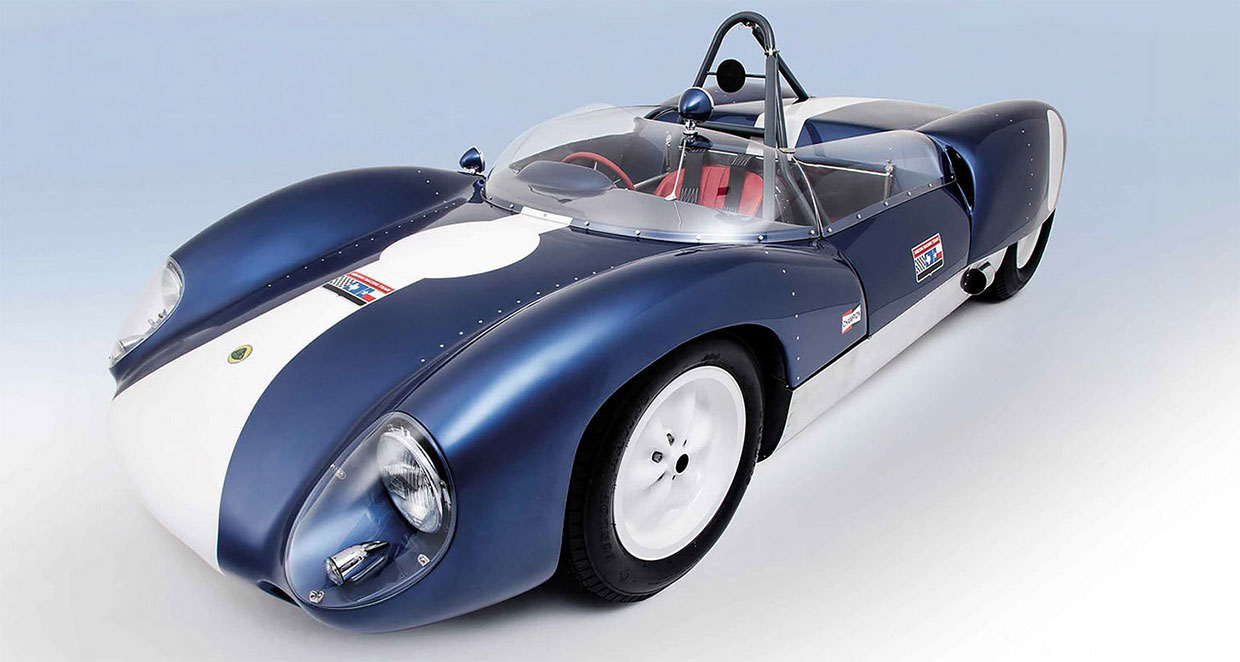 The subject of several magazine articles, the remarkable story of this car starts with 19 boxes of bits purchased from the estate of racing driver Roy Lane and culminates, just over three years later, with a victory in the ‘Whitsun Trophy’ at the Goodwood Revival in 2016.

Pivotal to its success was the passion of the Lotus aficionado who commissioned the build; the skills of Chris Tolman and his team at Tolman Motorsport, and the heroics of former World Touring Car Champion Rob Huff who took the chequered flag in the wet.

Rob Scorah takes up the story in his article in Octane Magazine:

Tolman’s job was to produce an accurate and raceworthy car, as well as proving to the FIA that the machine they had created was indeed period-correct.

Utilising the original Oldsmobile engine and Hewland transaxle from the Lane collection, gave the team a starting point and ‘role model’ for their recreation: Chassis 19-965 – one of four machines that had been shipped (minus engine and transmission) to the States, and John Mecom Racing, whose drivers were AJ Foyt, Augie Pabst and Walt Hansgen. Loaded with a 4.2-litre Oldsmobile engine, the car had run at Brands Hatch in 1964, driven by Hansgen, who put it on pole and led initially. Unfortunately for Mecom Racing, the Lotus crashed, but fortunately for Tolman period photos of the accident revealed several things: the car was running larger-than-standard brakes as well as a bigger radiator. With the FIA’s full approval, the Tolman Lotus was soon sporting a larger radiator and new brakes. In its new form, it was ready for the first of many trials at Mallory Park.

Built in 12 months and then developed over 3 years of selected competition in the Masters Historic series, gaining podiums in class, this success story culminated in the car winning the 2016 Goodwood Revival Whitsun Trophy.

Invited to the Goodwood 75th Member’s Meeting and the 2017 Goodwood Rival this superb car is also eligible for the Master’s Historic Series.